Established by DJ Ginsterbusch on February 11th, 2010; originally started on Brutal Existence Radio (R.I.P.).
After the demise of BER, it moved over to gruftiradio.
When gruftiradio folded down in 2016/2017, the new place for the show soon became Metal Devastation Radio, where the show has been running continously since September 2017.

Latest recording of the show, available at MixCloud. I'm usually quite picky, so not each and every show is being uploaded.

Note: Not necessarly the latest show, currently just static embed from MixCloud. But I'm working on a JS snippet that allows for pulling the ACTUAL latest show from the MixCloud feed. 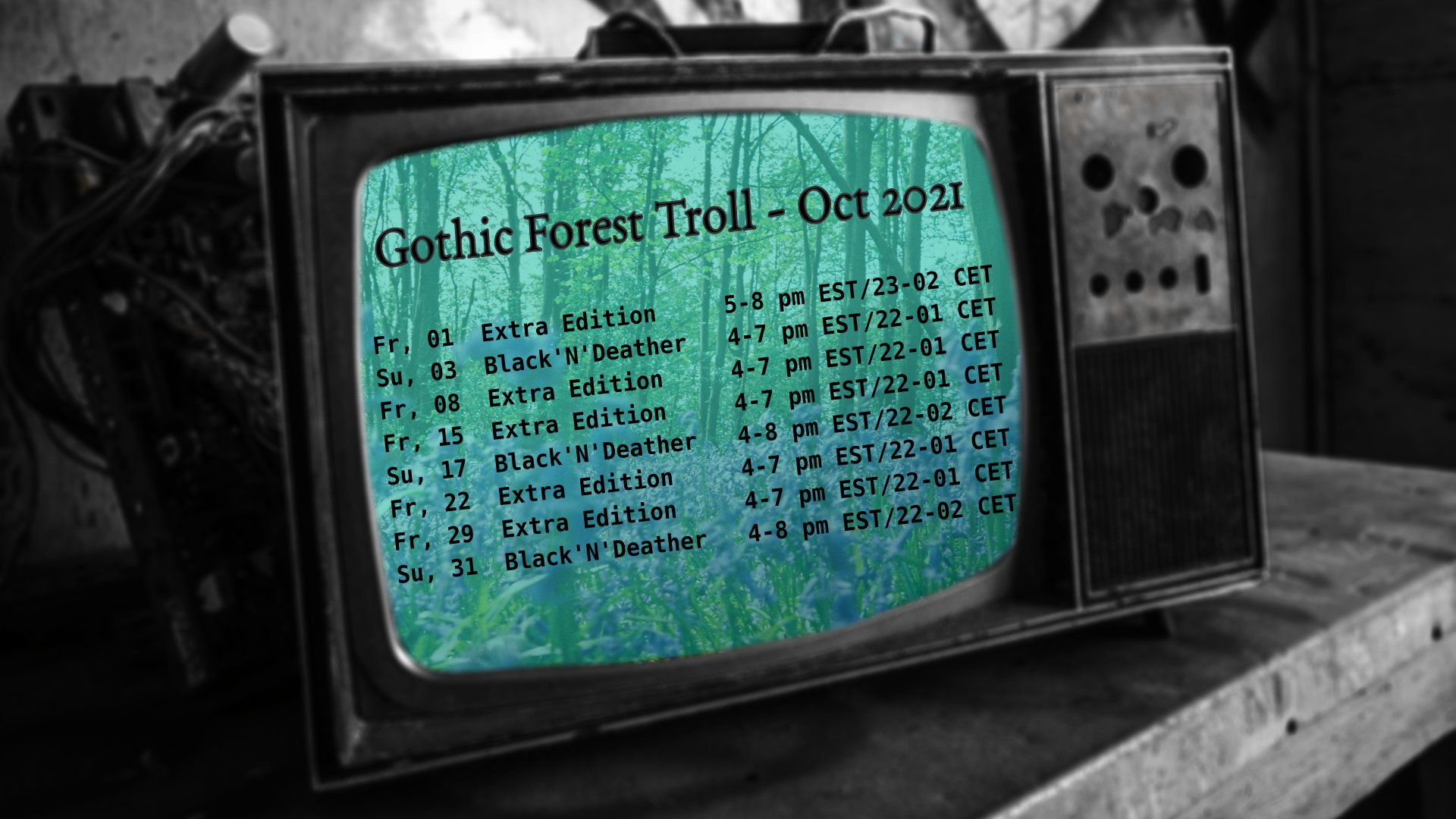